This unique collection is the result of audience reaction to repertoire which I have chosen for concerts over the last number of years. Not all my choices make the grade; some don’t suit me or find no connection with the audience. Some were surprising hits. Others are tried and tested songs, well known evergreens.

The programme brings together classics from American and European composers and highlights the effect that music from both sides of the Atlantic has had on popular music. The collection comprises standards from American musicals of the 30’s, French chansons of the 40’s, together with European film music of the 60’s and songs written for TV at the end of the 20th Century. All the pieces share a quality, simplicity and an artistry that has allowed them to cross borders and language barriers.

Written for the musical “Jubilee”, Cole Porter’s “Ritmo Anhelante de Amor” (Begin the Beguine) from 1935 is one of the most covered songs of all time. Porter wrote music while on a world trip in 1935. Particularly affected by the dance rhythms of the Caribbean, The “beguine” is a dance from the Martinique and Guadeloupe islands and translates roughly as “flirt”. The composer became aware of it not in the Caribbean but in Paris, where it had been popular since the world fair of 1931. The tune was popularized by a big band version from Artie Shaw in 1936. Four years later the dream pair of Fred Astaire and Ginger Rogers brought the song to the silver screen in “Broadway Melody”. The Spanish text, published alongside the English in 1935 is by the Mexican composer Maria Grever. Already well established in the New York music scene since the 20’s, her own songs include “What a Difference a Day Makes” and “Ti-Pi-Tin”. 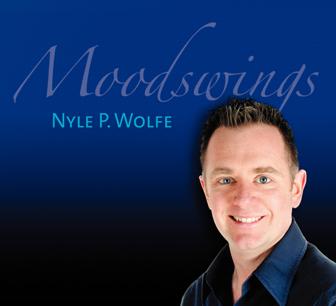 With their fantastic stories of luck and hope and positive emotions of friendship and romantic love, 1930’s film musicals offered an escape from the grey reality of everyday life. The 1934 film “Moulin Rouge” a remake of the silent film “Her Sister From Paris” is one of the few exceptions. For the score Al Dublin and Harry Warren wrote “The Boulevard of Broken Dreams” sung by Constance Bennet. The song reached number six in the American charts in a version by Jan Garber and his Orchestra. The song combines Latin-American rhythm and a text yearning for Paris. A similar blend is found in the other 1930’s classic “Granada”, from the pen of Mexican composer Agustin Lara.

In his youth the songwriter worked as a pianist in a bordello and later as accompanist for silent films in the cinemas of Mexico City. He wrote music for several films and appeared himself in the 1948 film “Revancha”. Although the song evokes in text and music the city of Granada, the composer had to wait 20 years for the opportunity to visit Spain and confirm that his fantasy spoke the truth.

Employed in the French film industry Charles Trenet was responsible for bringing the American influences of jazz and swing to French chanson repertoire. His song “La Mer”, reputed to have been written in less than 20 minutes while travelling on a train is an optimistic and impressionistic description of the sea. Not an immediate hit, today it is regarded alongside Edith Piaf’s “La Vie En Rose” as probably the most famous song in the French repertoire.

On the streets around Paris’ Moulin Rouge, where Trenet spent much of his time Edith Piaf began her journey to world fame. Her songs, often on the subject of love and especially unlucky love use simple text which deeply affects the listener, verses that make one dream. She often wrote poems for her students to intone and so Eddie Considine became the first interpreter of “Hymn L’Amour” with the music written by Piaf’s long time collaborator Marguerite Monnot. Another of Piaf’s protégés, Yves Montand enjoyed success as both singer and film star. During filming of “Les Portes de la Nuit” he met the poet Jacques Prévert and composer Joseph Kosma. The film based on the pair’s ballet “Le Rendez-vous” was less than successful but one of its’ songs “Feuilles Mortes” was added to the singer’s repertoire and by the end of his career became his most requested number.

In the 40’s and 50’s many French singers toured the USA and several of their songs entered the American repertoire. The French jazz pianist and composer Michael Legrand was one of the artists to travel to America. There he enjoyed great success as a Hollywood composer. His 1964 Film “Parapluies de Cherbourg” starring Jacques Demy and Catherine Deneuve, was nominated for five Oscars – three alone for music, including the title song “I Will Wait For You”. The English version of the song was made fashionable by Bobby Darin in 1966. At the beginning of the sixties a swing version of Manning Sherwin and Eric Maschwitz’s “A Nightingale Sang in Berkeley Square” also belonged to Darin’s repertoire. The song was originally written for the musical “New Faces” and made popular in a version by Vera Lynn in 1940. Despite its European beginnings the song counts as one of the gems in the Great American Song Book. Another European inclusion and also from a film score is “More (Ti Guarderó nel Cuore)” from Italian film composer and jazz musician Riz Ortolani. Written in 1962 for the very forgettable anti-documentary film “Mondo Cane” the song was nominated for both an Oscar and a Grammy. From another Italian film composer comes “You’re Still You”. This song, written by Ennio Morricone with English text by Linda Thompson, made a star of Josh Groban when he sang it in the Hit TV series Ally McBeal. It was originally performed in the Italian drama “Malèna” (2000) directed by Giuseppe Tornatore. Morricone began working in the film industry in the sixties and has scored over 500 films. The last song in the collection is both older and younger than all the rest. It has its beginnings in 1932 in Baltimore but completion in England in 1990. The poem “Do Not Stand at My Grave and Weep” is reputed to have been penned by Mary E Frye. In just 50 years the poem became one the most loved in the English language. It came to the notice of composer Geoff Stephens after being printed in the Daily Mail. The newspaper printed it following the death of a young soldier who had left the poem in an envelope intended for his parents in the event of his death.

Recorded and Mixed by Mark McCabe